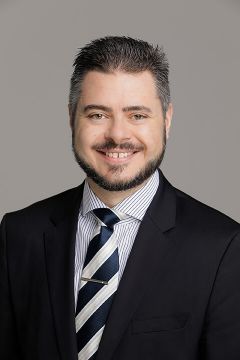 Mr Perrella has over 20 years' experience as a legal practitioner in Western Australia. After 10 years working as a prosecutor for both the Commonwealth and the State of Western Australia Mr Perrella developed first-hand knowledge and experience about how a prosecution case is built from the investigation stage of gathering evidence to the assessment of that evidence and application of prosecution policy and guidelines through to making tactical decisions about how the case will be presented to a jury and then effectively prosecuting the case at trial before a judge and jury.

Drawing on his extensive knowledge and experience as a prosecutor Mr Perrella made the move to the other side of the bar table to fulfil his long-held desire to establish a specialist criminal law firm.

Since establishing Perrella Legal in 2011, Mr Perrella has garnered a solid reputation as a successful criminal defence lawyer having consistently achieved outstanding results for his clients by negotiating outright discontinuances of serious indictable charges, securing acquittals at trial and obtaining non-custodial outcomes on pleas of guilty for serious criminal offences.

Mr Perrella has prosecuted and defended numerous criminal trials in all courts throughout Western Australia.

Mr Perrella is on the panel of lawyers briefed by the Office of the Director of Public Prosecutions to prosecute serious indictable offences throughout Western Australia. 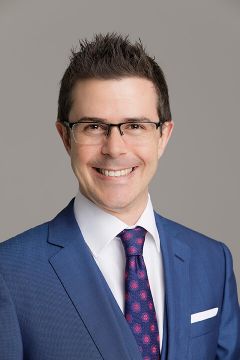 Adam began his legal career in 2011 at the Office of the Director of Public Prosecutions (WA) where he completed his articles and restricted practice under the guidance of highly experienced State prosecutors. In 2013 Adam began criminal defence work with the Youth Legal Service working with many clients who were impecunious or from otherwise disadvantaged backgrounds. At the YLS Adam appeared as counsel in the Children's Court and Magistrates Courts for trials, sentencings and various interlocutory applications such as setting aside convictions and applications for bail. Adam also appeared as counsel in the Perth District Court for sentencing hearings.

In 2015 Adam accepted a position at the Mental Health Law Centre to further his experience in criminal and administrative law. In this role his practice expanded to representing clients before the Mental Health Tribunal, the State Administrative Tribunal and the Mentally Impaired Accused Review Board, while also taking responsibility for supervising and mentoring the Centre’s junior solicitors.

Since joining our team in 2017 Adam regularly provides legal advice and representation to clients facing trial or sentencing for all criminal offences determined in the Magistrates Court, Children's Court and District Court. 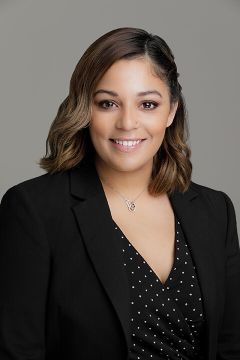 Ashleigh joined our team in 2016 after attaining her Bachelor of Laws with Distinction and completing clerkships at the Office of the Director of Public Prosecutions (WA) and the Criminal Appeals team at Legal Aid WA.

Since her admission to the Supreme Court of Western Australia Ashleigh has practised exclusively in criminal law.

Ashleigh provides our clients with legal advice in relation to both minor and serious traffic and criminal offences. Ashleigh is dedicated to achieving the best result for each client, whether that is getting the best outcome at a sentencing hearing, negotiating the charges with the prosecution or fighting for our client’s interests at trial. Ashleigh is a passionate court advocate whose experience spans across the various Magistrates Courts in Perth, as well as in the District Court and Supreme Court.

What our clients are saying about us

Dear Ashleigh
I would like to thank you from the bottom of our hearts for all your hard work, professionalism and tireless effort you contributed to my sons case with so little time no fault of your own but due to us changing lawyers!
From the time we met you over a Skype call (due to COVID) you made us feel very comfortable, more so my son who was very nervous and we knew then that we were in good hands.
With only few days before the trial was to begin you went to the magistrate asking for more time that you could get the best possible outcome for our son in which the magistrate agreed and so you were given a couple more weeks to prepare and work on his case with an amazing outcome that we will always be so grateful for.
Once again Ashleigh, THANK YOU so much for what you achieved due to your dedication of hard work.
With no hesitation I would definitely recommend you to anyone that needed legal representation.
Kind Regards
K & JG

Michael was recommended to me by a third party, frankly it was a decision which I have never regretted as I was in a situation I had no idea how to navigate. Michael was very professional , kind and emphatic, a character trait I admire, given that I was going through a very stressful time.

In a nutshell do not hesitate to call him if you need legal advice.

Dear Michael Perrella
I can’t begin to express my appreciation for the service that Perrella Legal and you personally provided to me in such a difficult time in my life.
Your Legal services are truly professional and your devotion to making sure we got the desired outcome was second to none. Throughout the whole process you made me feel part of a team, one who had the up most trust in any recommendation put forward, one who was not afraid to ask questions and one that could relax knowing you would get the job done.
The Legal fees and cost are UN-measurable to the service that you provided , In fact I truly believe it was all about getting the right result, that was your sole focus, I could see the body language you presented when we won my case and your response was just as vibrant as mine this shows the type of professional person you are and without a doubt why your Legal Practice comes with exceptional loyalty and devotion to each client.
My thank you does not come alone I would like you to know that there are many thanks attached to this letter from as far away as the other side of the world. My parents who brought me up to be a respectful, caring, loving and honest. Sisters, Brothers and an extended family plus my friends here in Australia, they all say thank you from the bottom of their hearts.
My goals and dreams are back on track thanks to you and your team so please pass on my sincere gratitude to everyone involved.

Words cannot describe the respect I have for this man. From my meetings with Michael he made me feel like I was his friend. He was honest, caring and focused on getting the result required to have my life back. Michaels understanding of Law and his professionalism is second to none. In the courtroom was where I saw a magician at work. From the bottom of my heart, I cannot thank Michael enough for getting me the not guilty verdict. I recommend anyone going to trial to contact Perrella Legal.

From our first appointment with Ashleigh trust was built and immediately we had confidence to know we were in safe hands. Ashleigh is warm, genuine and an excellent communicator who openly listens.

Ashleigh’s high level of legal expertise, professionalism and friendly advice was comforting.  This provided us with reassurance when navigating each step of a journey through the criminal justice system where the stakes cannot be higher.

Ashleigh’s personal strength is to bring compassion and dedication which goes well beyond legal representation at a time when there is an immeasurable personal toll.  A practical focus also ensured we understood legal nuances relating to the case which relieved considerable stress and supported us in making informed decisions along the way.

An upfront and reasonable fee structure was also helpful.